Beyond Fitbit — how wearables are heralding a new era of healthcare 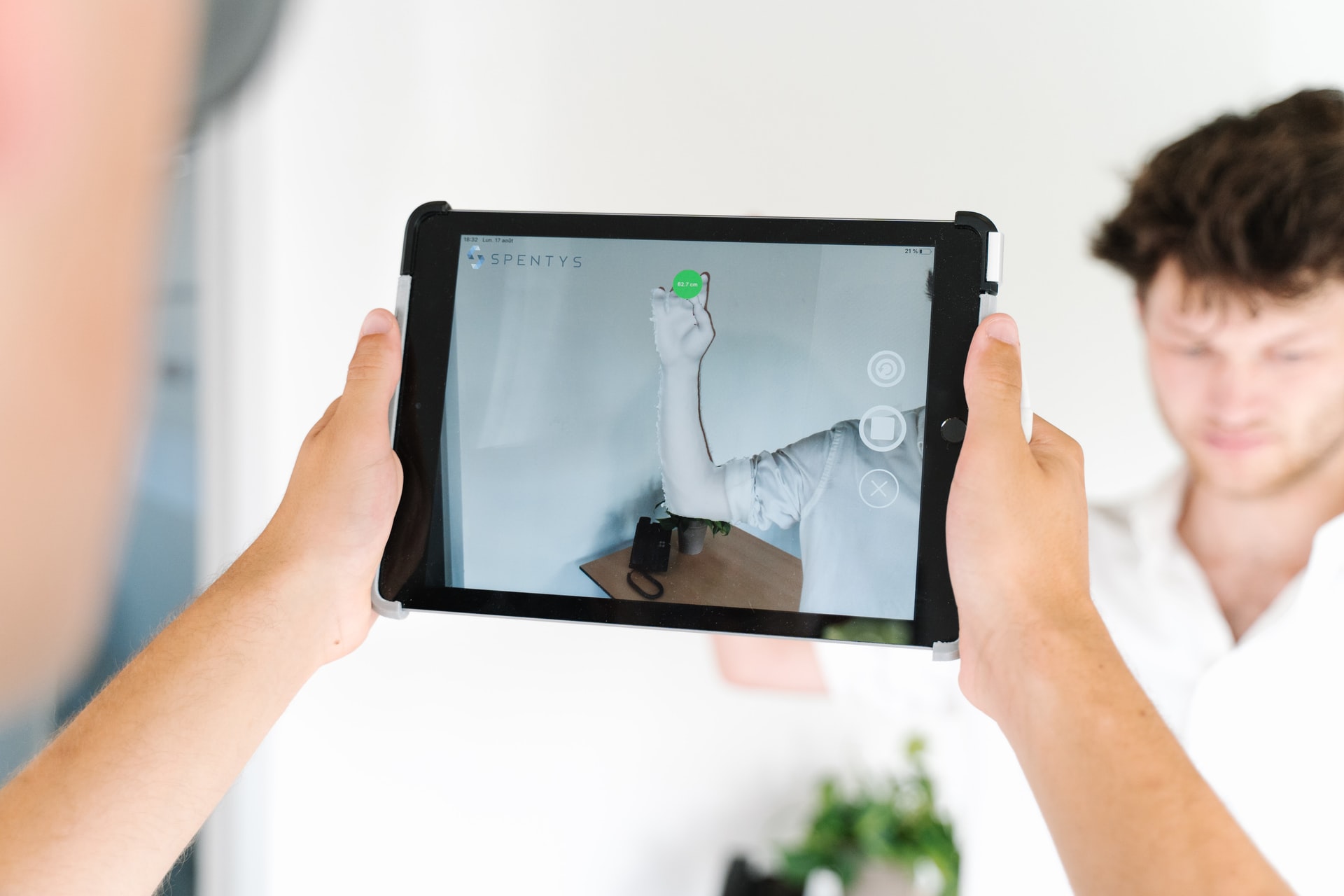 If you’ve ever counted your steps using a smart watch, or monitored your heart rate during a workout, then you’ll be familiar with the concept of wearables and their uses in day to day life. But did you know that wearables are creating a massive impact in the healthcare arena? The first internal cardiac pacemaker was fitted in 1958, and since then technology has developed a whole market of connected total healthcare devices offering real time suggestions to patients and clinicians on how to manage, diagnose and treat illnesses.

So, what actually is a healthcare wearable device? It is defined as a non-invasive and autonomous device, that performs a specific medical function such as support or monitoring, over a continuous time period. According to a report from Markets and Markets, the wearable technology market is expected to grow from USD 15.7 billion in 2015 to USD 51.6 billion by 2022. This pace of change is fuelled by the reduced cost of sensors and greater availability of open source library software which gives more companies and individuals the chance to modify and use code for innovation.

Alongside this the ways clinicians can make use of wearable devices is ever-growing. Due to the data being transmitted in real time, they give a fuller picture of health than previously available through patient care records. People with health conditions that need close monitoring can use a device to track major health indications daily, and then share the data with their clinician so as to better diagnose and prevent illness.

Some examples of how wearables are transforming healthcare provision today are;

BioPatch from Zephyr Anywhere is a wearable device that tracks patients’ health condition every minute by attaching it to their chest. It falls between the wellness and healthcare segments since it’s not a medical-grade device

Like an Apple Watch or Fitbit, but for your cardiac health. According to Omron, ‘HeartGuide is the first clinically validated, wearable blood pressure monitor’

This wearable device helps patients to self-manage their condition. The wearable collects data and has the potential to learn to classify seizures, alert clinicians and carers in real-time so they can consult patients remotely and provide lifestyle recommendations and prescriptions.

Is connected health leader division dedicated to healthcare professionals across chronic disease management, remote patient monitoring, clinical research and more. Its mission is to bridge the gap between patients and their care teams by continuously and effortlessly providing healthcare professionals with medical-grade data generated by patients from an ecosystem of connected devices.

A connected Patient health record system that stores medical records, and analyses health data using wearables and sensors. This connects the data held on a patient, and offers transparency to all care-givers. This unified view leads to better decision-making and diagnoses based on real time data.

These are just a sample of the compelling wearable solutions making life easier for both clinicians and patients, however, getting our healthcare system to embrace this new trend might take longer. On the one hand, the public’s appetite for wearables is growing; use of wearable technology has more than tripled in the last four years. Yet they tend to be wealthier, younger people who wouldn’t necessarily be the core market for wearable medical tech. (According to research from Business Insider Intelligence, more than 80% of consumers are willing to wear fitness technology.)

A poll by Ipsos MORI commissioned by The Health Foundation found that more than half of the respondents would be willing to share their data with the NHS via a lifestyle app or fitness tracker. As to be expected, support was higher among younger age groups, half of under 65s were open to the idea. A third of those over 65 say they would be very unwilling to do so. It would be troubling if the people who could benefit most from wearables were unable to or unwilling to access this kind of technology. Should the NHS be putting funding in place to train clinicians and patients for this kind of self-management so that it reaches the largest number of people?

There is a challenge around data and security, especially when navigating a complicated infrastructure like the NHS. Clinicians and professionals often do not know what data exists, whether it is safe to use and how to make the best use of large amounts of patient information. Data breaches are no small matter; in 2015 the Royal Free NHS trust failed to comply with data laws by giving 1.6million patient records to Google’s Deepmind Health app, Streams without their knowledge. Whilst the NHS wasn’t charged a penalty, the ICO (Information Commissioner’s Office) did rule that the sharing of data was unlawful. The information commissioner, Elizabeth Denham, stated;

There’s no doubt the huge potential that creative use of data could have on patient care and clinical improvements, but the price of innovation does not need to be the erosion of fundamental privacy rights,

Aside from the data implications, there is also a wariness around any medical device’s ability to give treatment. The current wearable health devices are mainly for monitoring vitals, and simply take readings not offer any kind of medication or advice. These are much easier to gain approval for and its where private sector companies are focussing their attention for now.

Maybe the reason why the NHS is lagging behind the US in uptake of medical devices is because in the UK we don’t rely solely on insurers and healthcare providers. Insurers can use the data gathered from wearables to predict and preempt health problems, changing their premiums to reflect the real-time data that is given through a device. The United States seems light years ahead in using these technologies to give holistic views of patients, which benefits not only the population but the insurers who rely on the data to adjust their policies. One hurdle faced both here and in the States is regulation — since not all wearables have one standard regulation, and most wearables currently in the market don’t have any public information on how accurate they are.

In the U.S., wearable devices and digital health software that claim a medical use are regulated by the Food and Drug Administration (FDA). For example, the Apple Watch has featured heart rate monitoring since the first model was released, but since it was designed to measure your workout rather than for medical purposes, it is not under FDA’s regulation. In late 2018, the release of Apple Watch Series 4 marked the first direct-to-consumer product that comes with an FDA-approved built-in electrocardiogram. Shortly after, Google’s parent company Alphabet announced that its Verily Study Watch had been cleared as a medical device that can record, store, transfer, and display electrocardiogram data.

The race to have their wearable products approved signals a growing momentum amongst tech companies entering the healthcare market. Recognising this trend, the FDA have rolled out a pilot that pre-certifies companies that have demonstrated a culture of quality and proven excellence in previous software design and development. This is for lower risk medical devices, and means that the company itself will be certified, so they can bring their products to market without additional red-tape. This will speed up the cycle of innovation in America, making it one of the global leaders in bringing new wearables and devices into the healthcare market.

The impact of Brexit

Here in the UK, regulation of medicine and devices is overseen by the MHRA, the Medicines and Healthcare Products Regulatory Agency, working with the European Medicines Agency (EMA). The licensing of medical devices is governed by EU regulations, and once approved, devices can be sold across the EU and EEA which means the final outcome of the deal brokered for Brexit could have a huge impact on the medical wearables market.

The EMA accounts for a quarter of world sales of medicines, second only to the United States. The UK accounts for only 3% of the total world market. If the UK develops a different regulatory process to the EMA for devices, the increased regulation for pharma and tech companies would make it far more attractive to invest and sell into the European Economic Area instead of the UK. We will have to wait and see what develops over the next few months before we know what the impact of a deal or no-deal situation will be.

The NHS has gone some way to addressing regulatory concerns in digital health by creating the Health Developer Network, where companies and developers can see how the NHS assesses new tools and apps. Some of their success stories include EyeControl, a device that tracks the eye-movements of the wearer, and designed to help patients with locked-in syndrome to communicate by generating speech through a bone conduction element that sits within the earpiece. It is available to NHS patients through the NHS Supply Chain Catalogue, a huge win for EyeFree Assisting Technology, the firm that created it. Another great example is East Lancashire Hospitals NHS Trust using wearables to prevent falls in older people. The device consists of sensors that are worn below the knees, and measure whether the patient is at a low, medium, or high risk of falling by measuring balance and stability. Created by Kinesis’ Quantative Timed Up and Go (QTUG)technology.

In our domiciliary care business we saw a need for joined up data between the patient themselves and the hospital and community systems, as they rarely aligned. With the individual’s wellbeing and needs at its very heart, we created cAir:ID to be a streamlined solution, using constant monitoring and AI to accurately diagnose, and even predict the likelihood of some illnesses based on real time data. This not only puts the patient front and centre of their own care, but offers the ultimate personalisation of their treatment, and the chance to play a part in the journey with their care providers.

With our NHS currently at a crossroads, surely technology solutions that reduce costs, increases efficiency and improves the quality of diagnostics are the answer? Wearables in my opinion are such a vehicle to connect secure patient data with the outside wold in which every individual can live an independent and fulfilled life.

Are you a health-tech start-up trying to build a product to be used by the NHS or other health organisation or are looking to deliver enhanced patient care and quality within your services let us know?